If this is not in the building where you buy an apartment, stay away!

In the winter months, many families pay for heat a large amount of money for gas and light. One of the reasons for the high cost possibility of failure to ensure the correct economy, another reason is the lack of thermal insulation on the outer front (facade) of the building in which the apartment is located.

The best way to protect the house from cold is to insulate it from the outside. If there is no insulation in the purchased building, it would be the right decision to refuse to purchase this apartment. And then every winter you get tired of paying high costs associated with heat.

Note that the buildings of a number of construction companies are covered with a conventional plaster or white layer. Although it helps heat in the winter, and cool in summer in the apartments, but does not give an irreproachable result.

Already some construction companies in Baku use stone wool in isolation. For example, the buildings of the companies "Khazar Inshaat" and "Crystal Absheron", engaged in the construction of apartments in Baku and Sumgait are covered with stone wool. And this is a guarantee of a comfortable life for future residents and low costs.

Material stone wool, named "TexnoFas" is made by the company "TexnoNİKOL" in the city of Kazan of the Russian Federation. Stone wool is considered a thermal insulating material, widely distributed in the world.

Stone wool is made by melting in special furnaces at a temperature of 1500-1800 stones of volcanic origin, entering into the basalt group and bringing into the plasma state. The stone in the plasma form is passed through the device with 3 holes and as a result of cooling comes to the form of cotton. Further, this material is compressed by means of a press and the necessary density is obtained.

The material "TexnoFas" is made for use on facades with a decorative plaster system with a thin layer. The average density of this material is 145 kg/m3. With the condition of different thicknesses there are thicknesses of 50, 100, 200 mm. The main technical feature of the material is the strength of the separation of the material. Since the stone wool is applied directly strengthening material and a layer of decorative plaster, the load index of its layers plays a big role in such systems.

Stone wool appears due to the melting of natural stones, so they are considered an environmentally friendly product.

The facade insulating material used by Crystal Absheron HCC is a stone foundation, and stone wool is fireproof. And this is a great advantage in terms of lives of hundreds of people.

The material of the stone wool breathes, as it is porous and therefore there is never any dampness or blackening in the interior spaces.

Stone wool, depending on the thickness used, is an effective irreplaceable insulation material against heat and cold. Note that 50 mm (5 cm) of stone wool material on the façade replaces 800 mm (80 cm) of brick with voids. The facade with such a system can be used for at least 25 years without repair.

In the projects of Crystal Absheron along with the use of stone wool on the facade, several mixtures and adhesives, reinforcing materials, facade nets, upper reinforcing layers and decorative plaster layers are also used.

We have to save at a time when the services of electricity, natural gas and heating become more expensive each year. One way to reduce heating costs in winter is to purchase an apartment in a building with a woolen insulation! 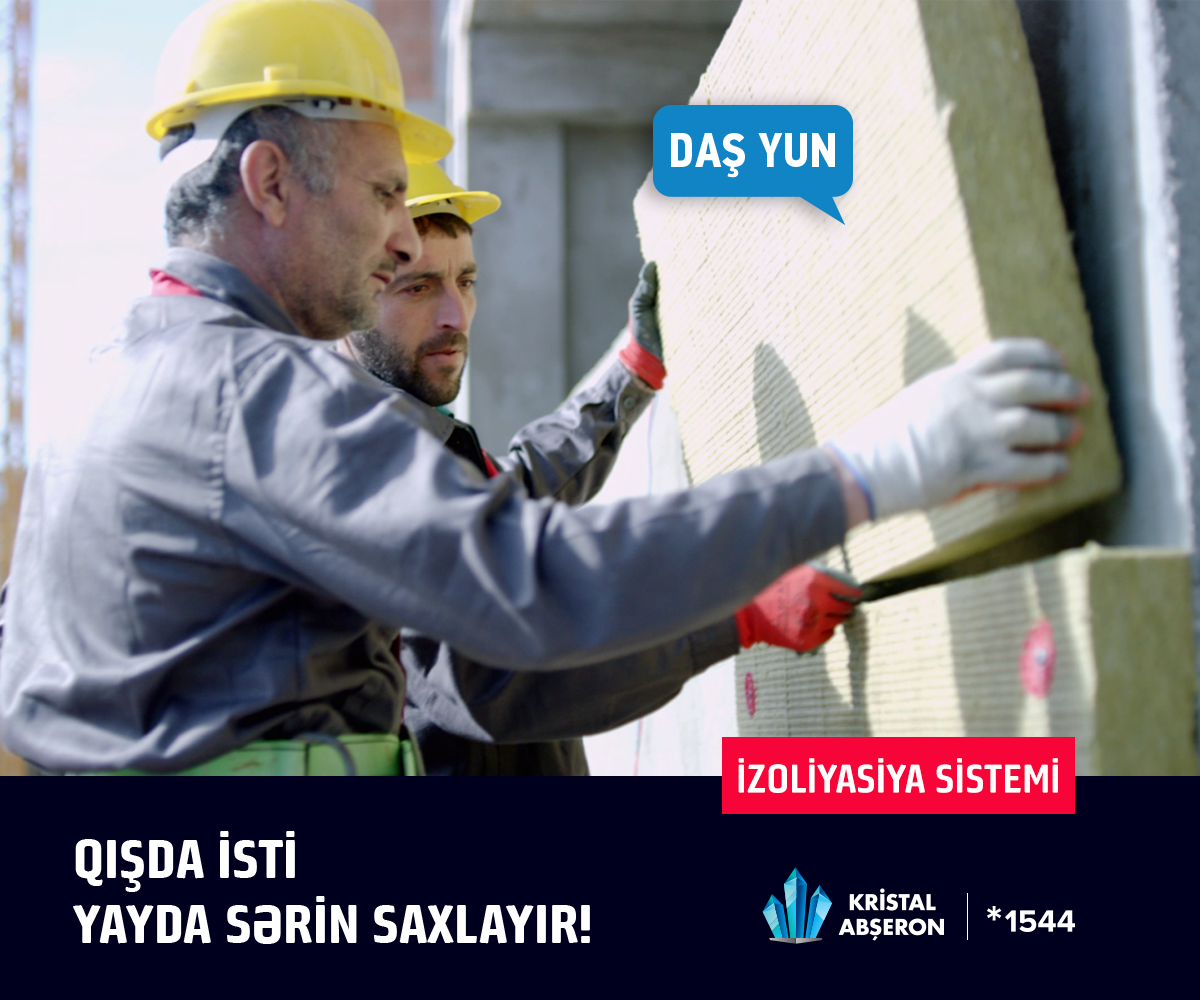